So I recently purchased a VX SS cheap because it was missing 3rd/4th gears. Got it home and pulled it apart to find the 3/4 clutchpack fried and the band was a little worse for wear too.

Replaced with a Red Eagle extra wide band and replaced the 3/4 pistons and clutchpack. Upgraded the clutchpack from the standard 4L60e 6 plate to 7 plate with high energy frictions. I noticed that somebody had done some dodgy work with the accumulators by spacing them up and removing the springs (effectively making them solid). I needed to get the car back on the road so I put it all back together the way it was.

Once back together, it shifted really hard from P/R/N to D and the 1-2 shift was horrible. Drove it 3 times before deciding to remove the pan and purchased a transgo 4L60E-HD2 shift kit. This is their stage 2 kit and sells for around the $200 mark usually. This kit allows you to hold any gear until redline without it upshifting on you and gives you options for how hard you want it to shift. 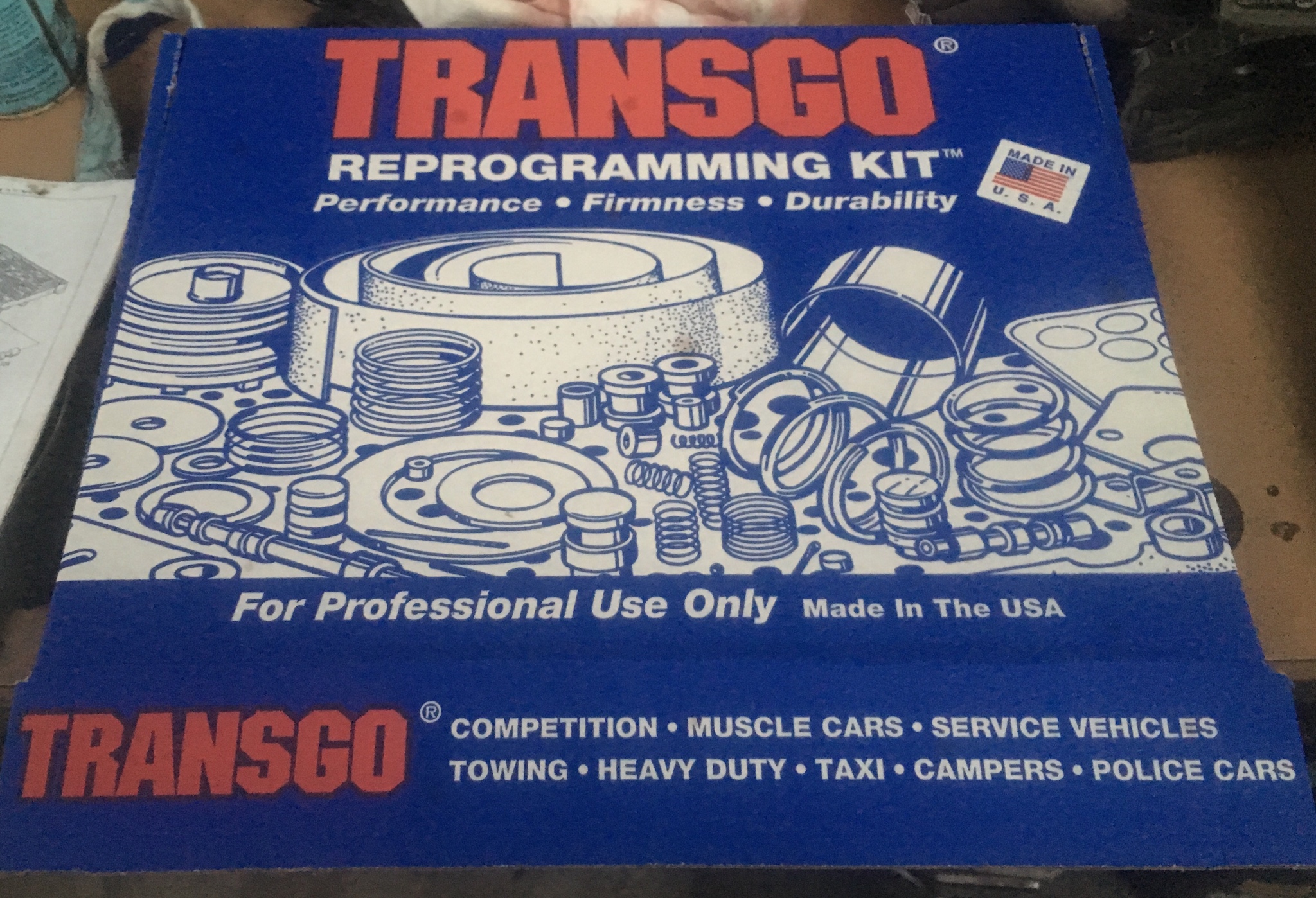 I ended up using a brand new (thicker) separator plate and another valve body so that I knew that it was standard before I started working on it. The spare valvebody meant I could do 95% of the work before disassembling the transmission. There are a number of holes that need to be enlarged. I've done quite a bit of research and the general consensus is to stick with the smaller sized holes recommended by transgo in the instructions EXCEPT for the 3rd feed. To get a nice 3rd shift, and to allow adequate flow to release the second gear servo it seems that 0.100-0.110" is the best size drill bit assuming mostly stock components. Also, for the 1/2 accumulator you can choose whether you want to use 1,2 or 3 shims to firm the 1-2 shift. I opted for one shim as I wanted it to shift as smooth as possible.

A few pics of the work below - sorry not much on the shift kit install itself. 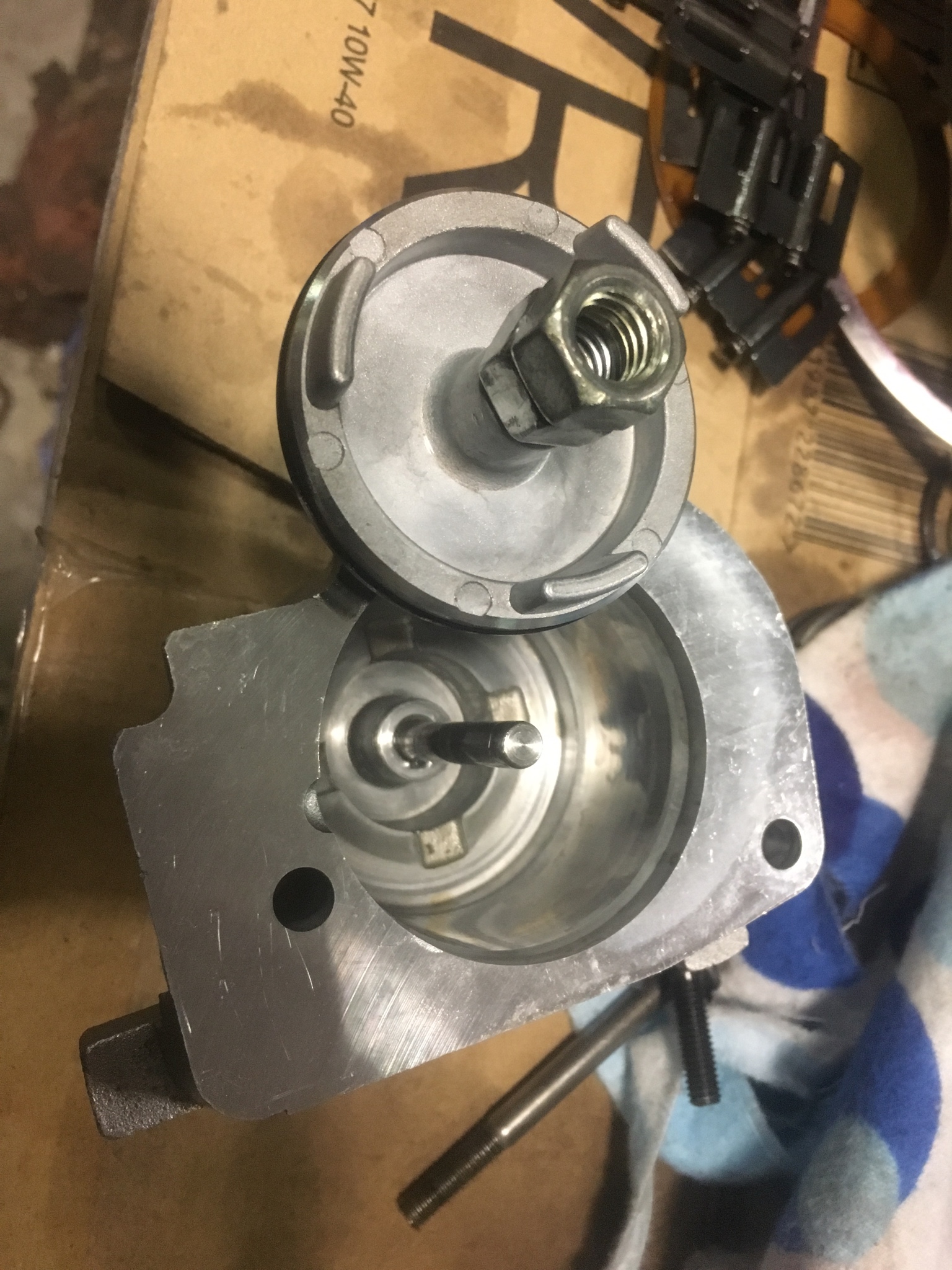 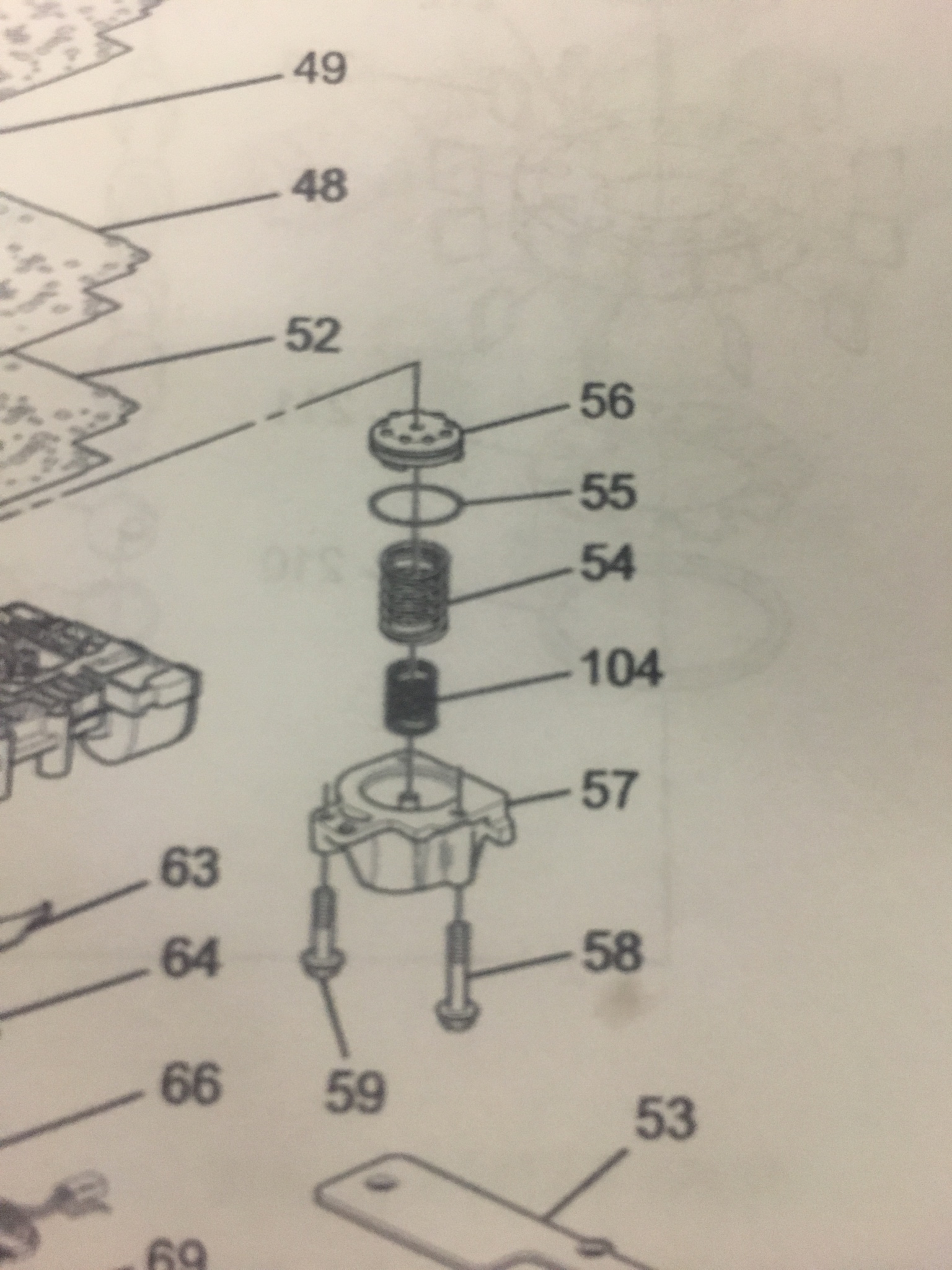 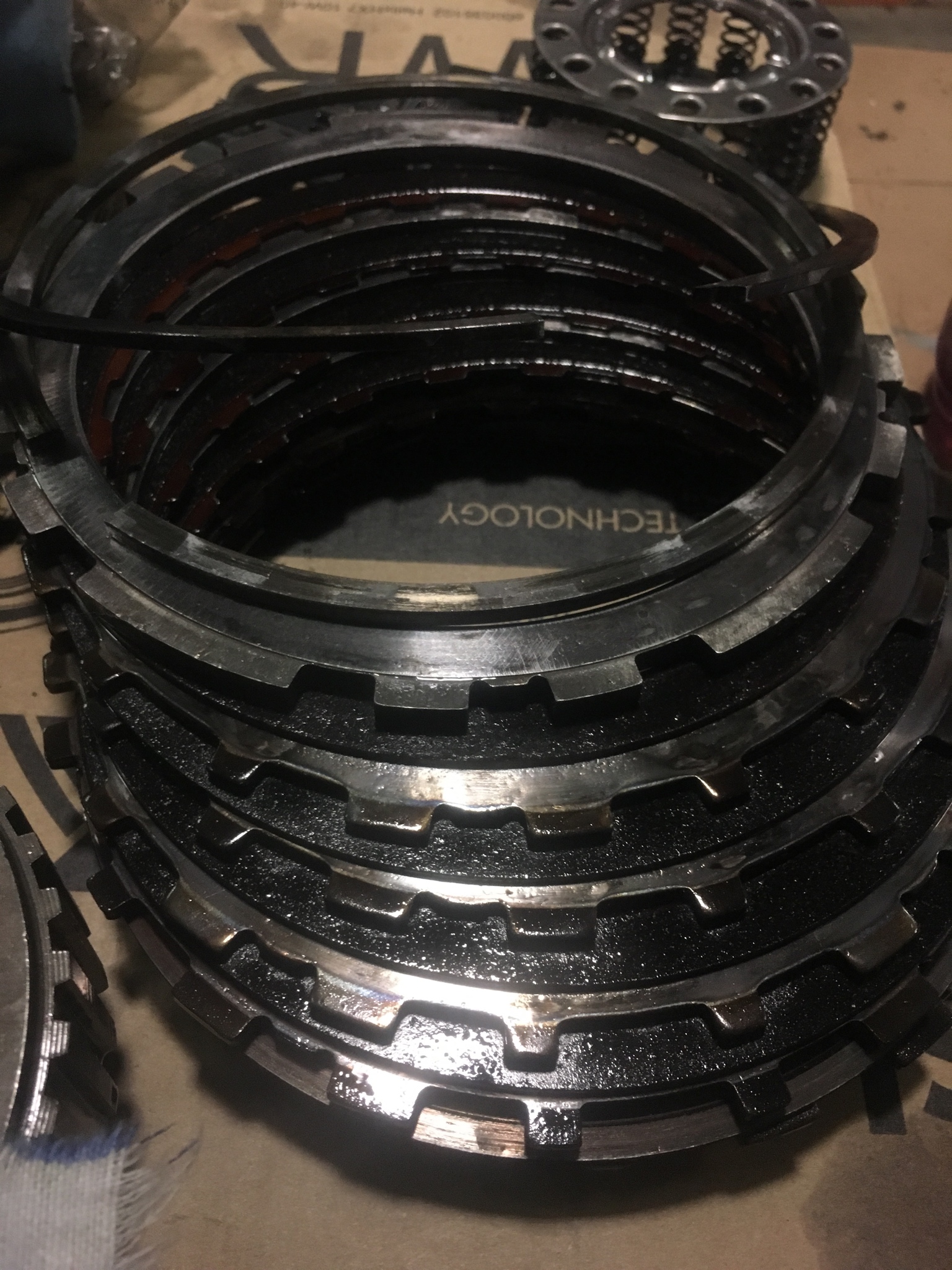 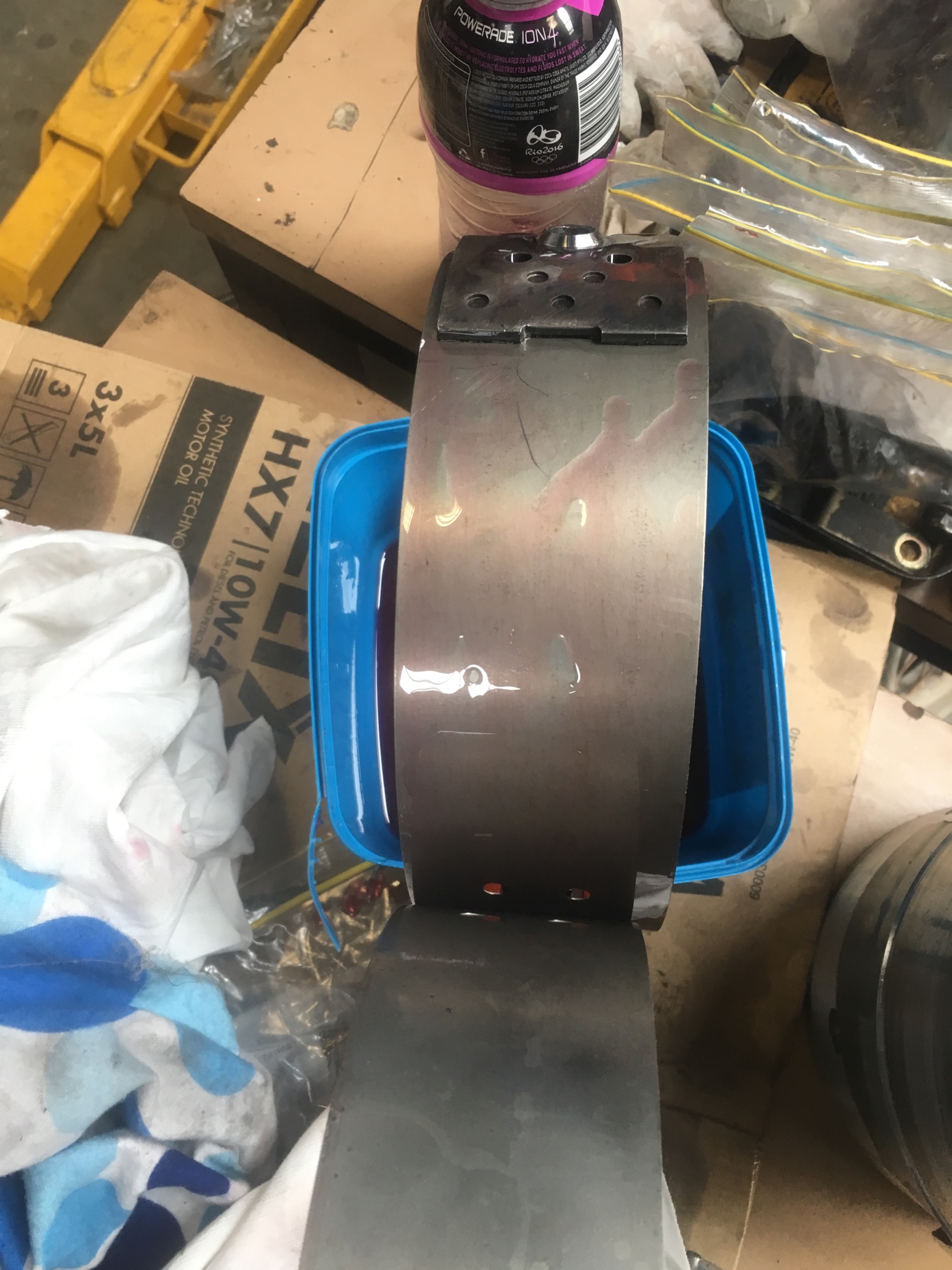 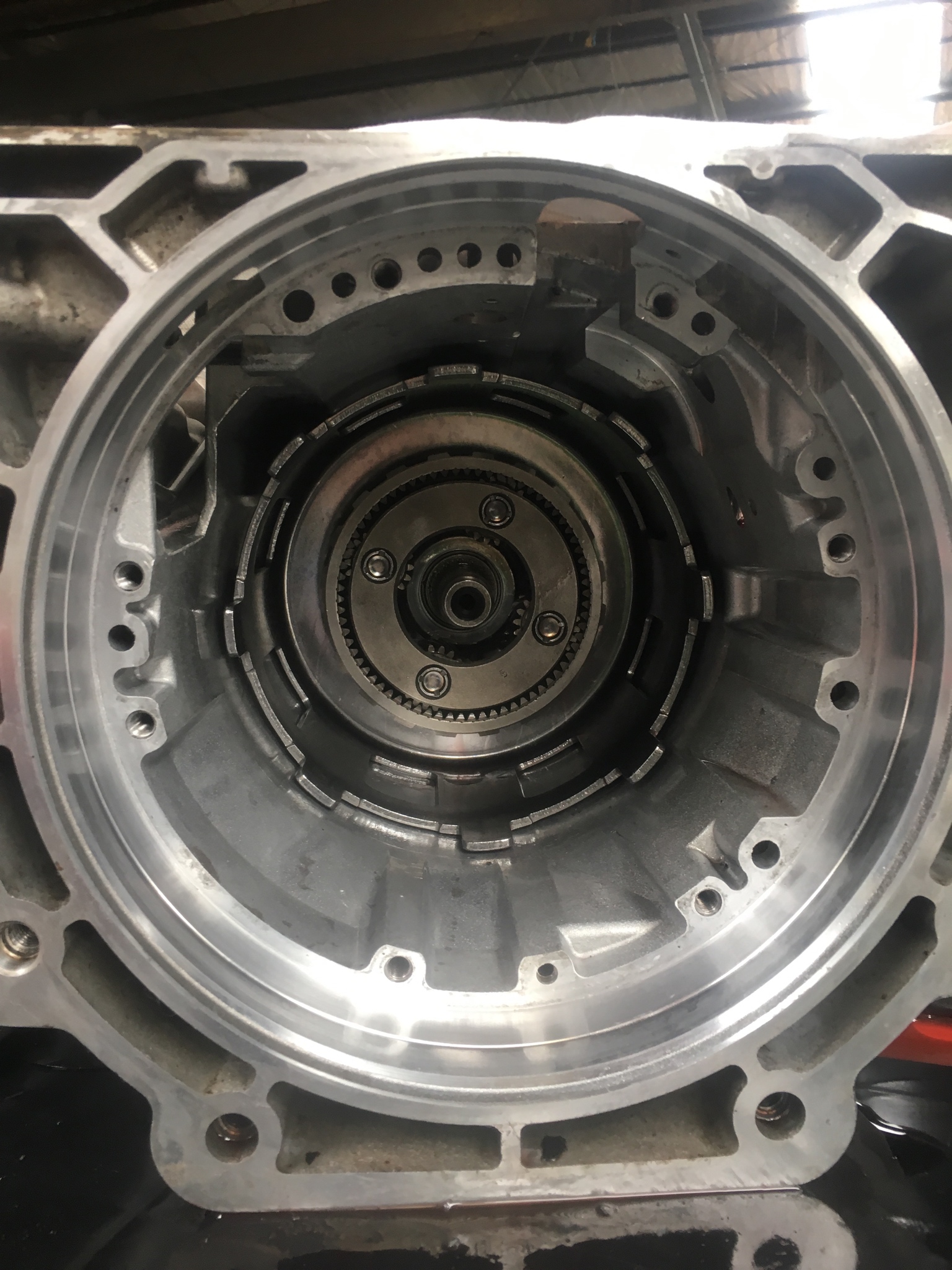 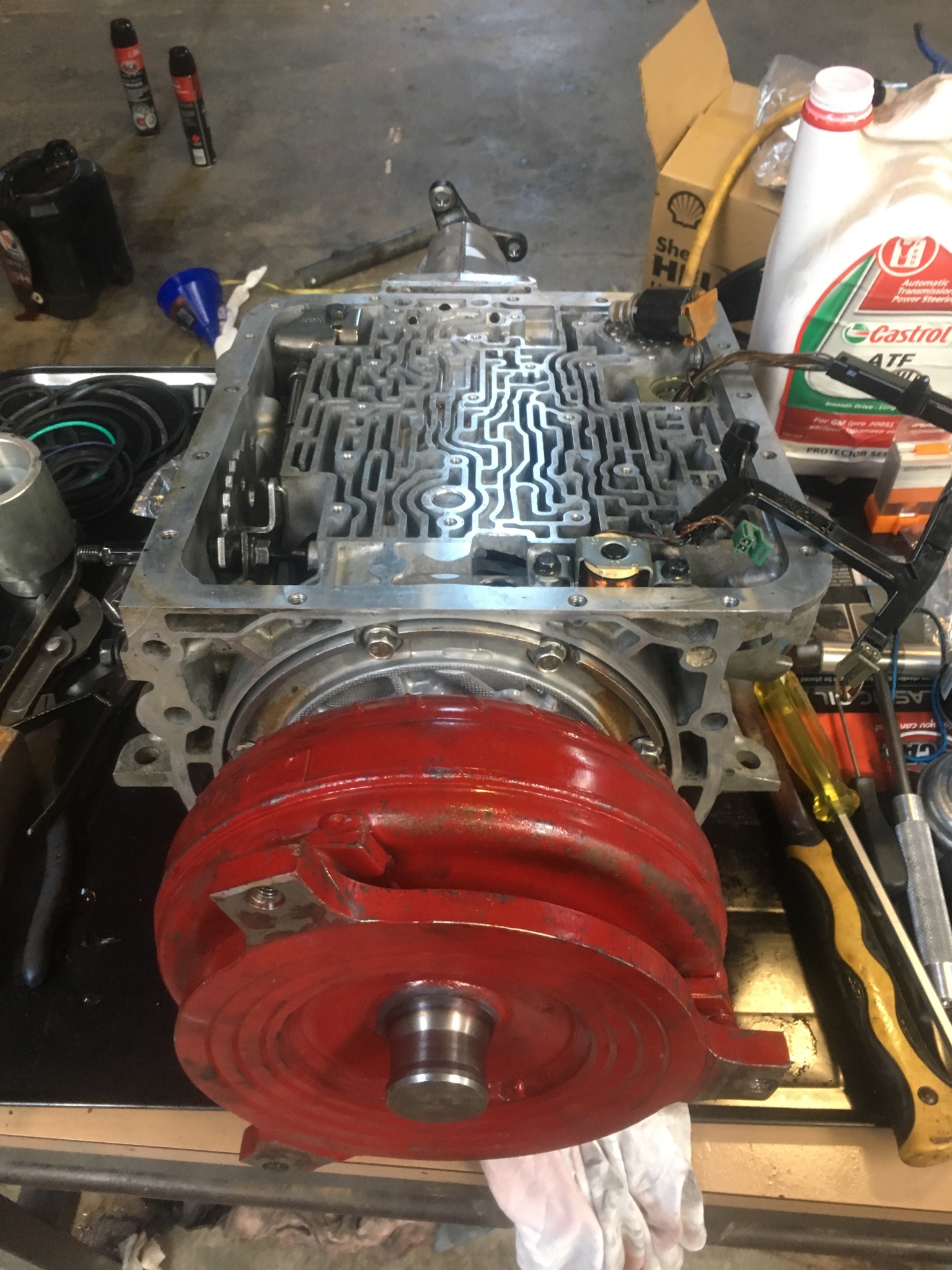 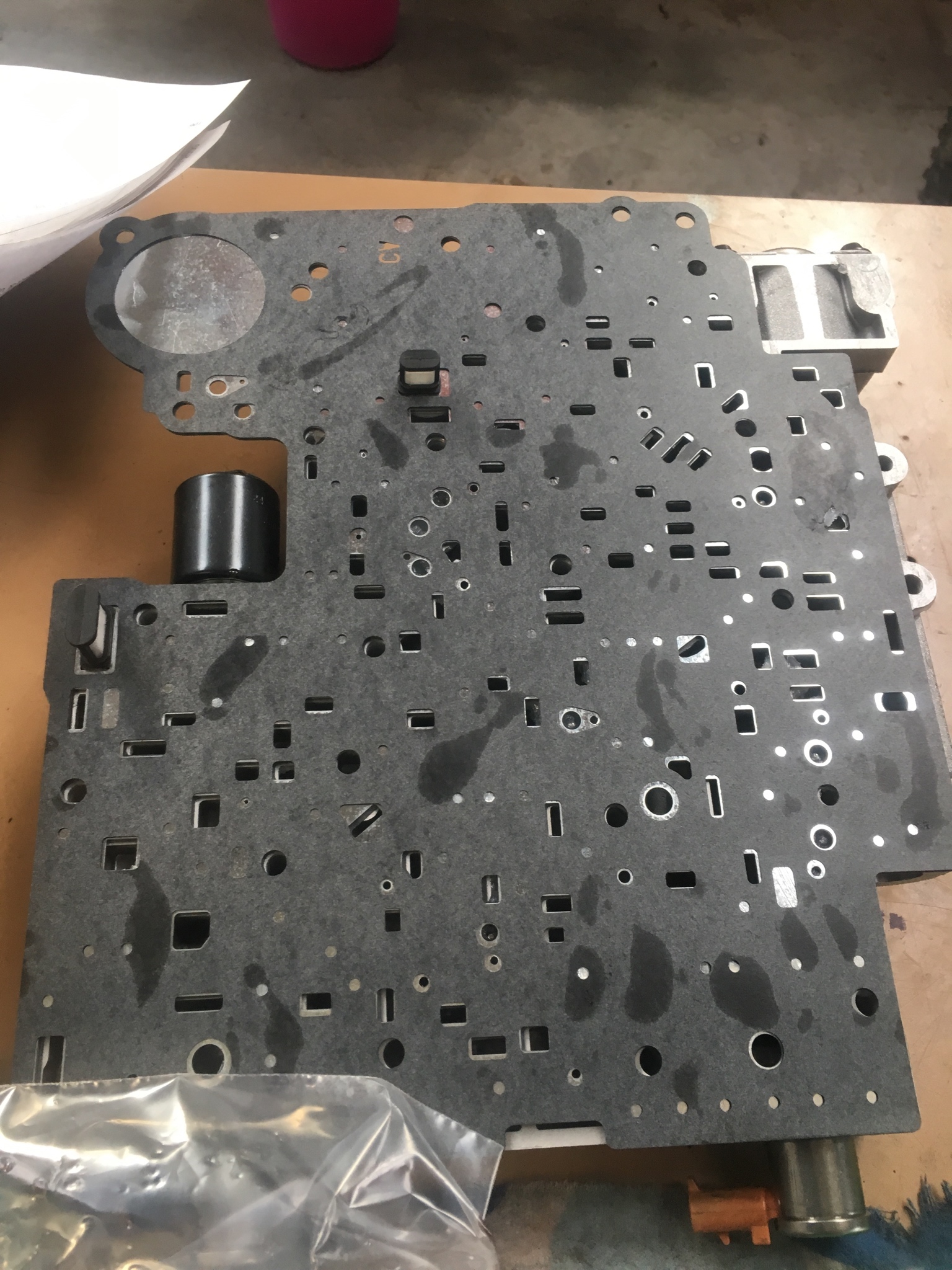 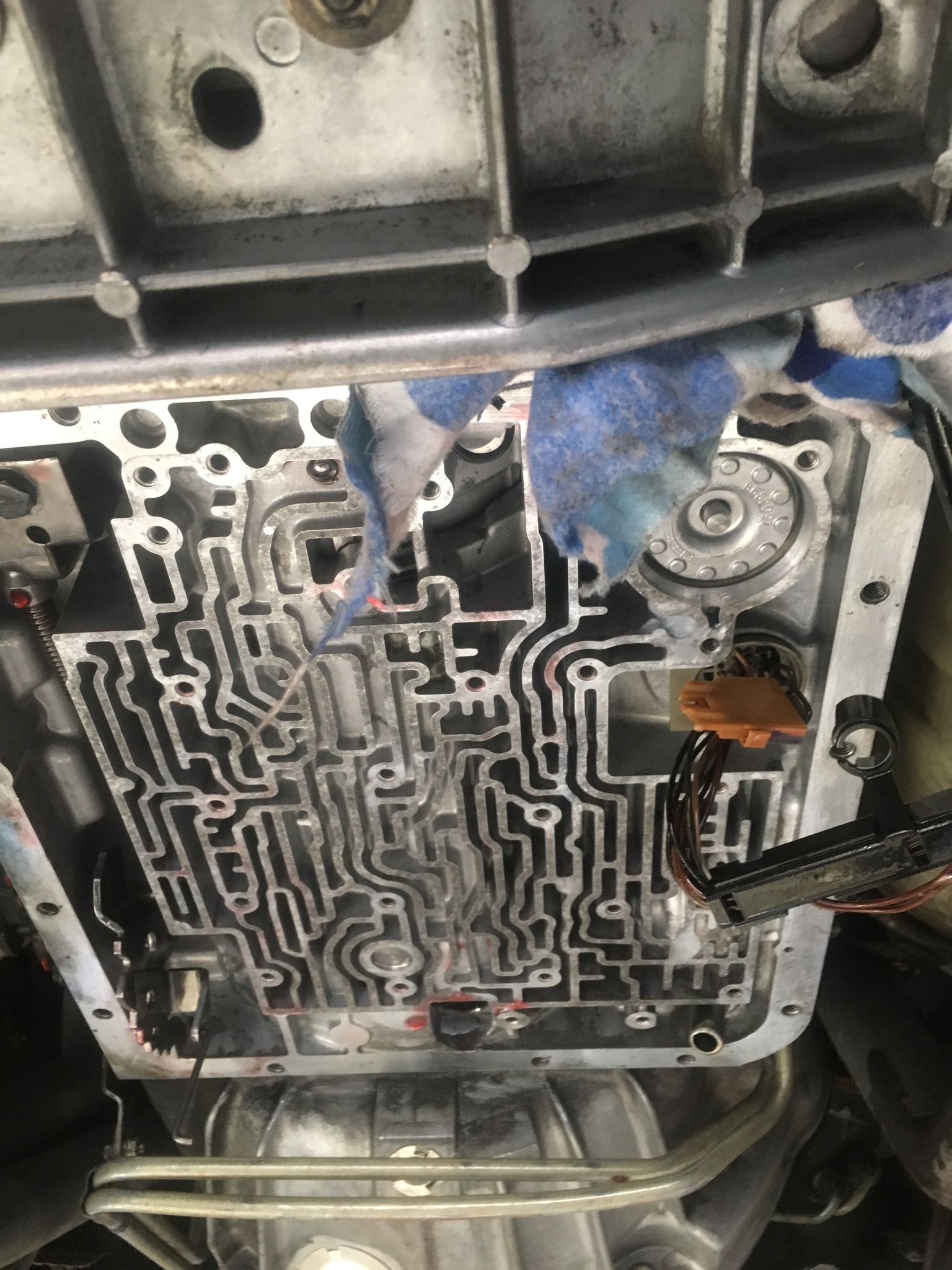 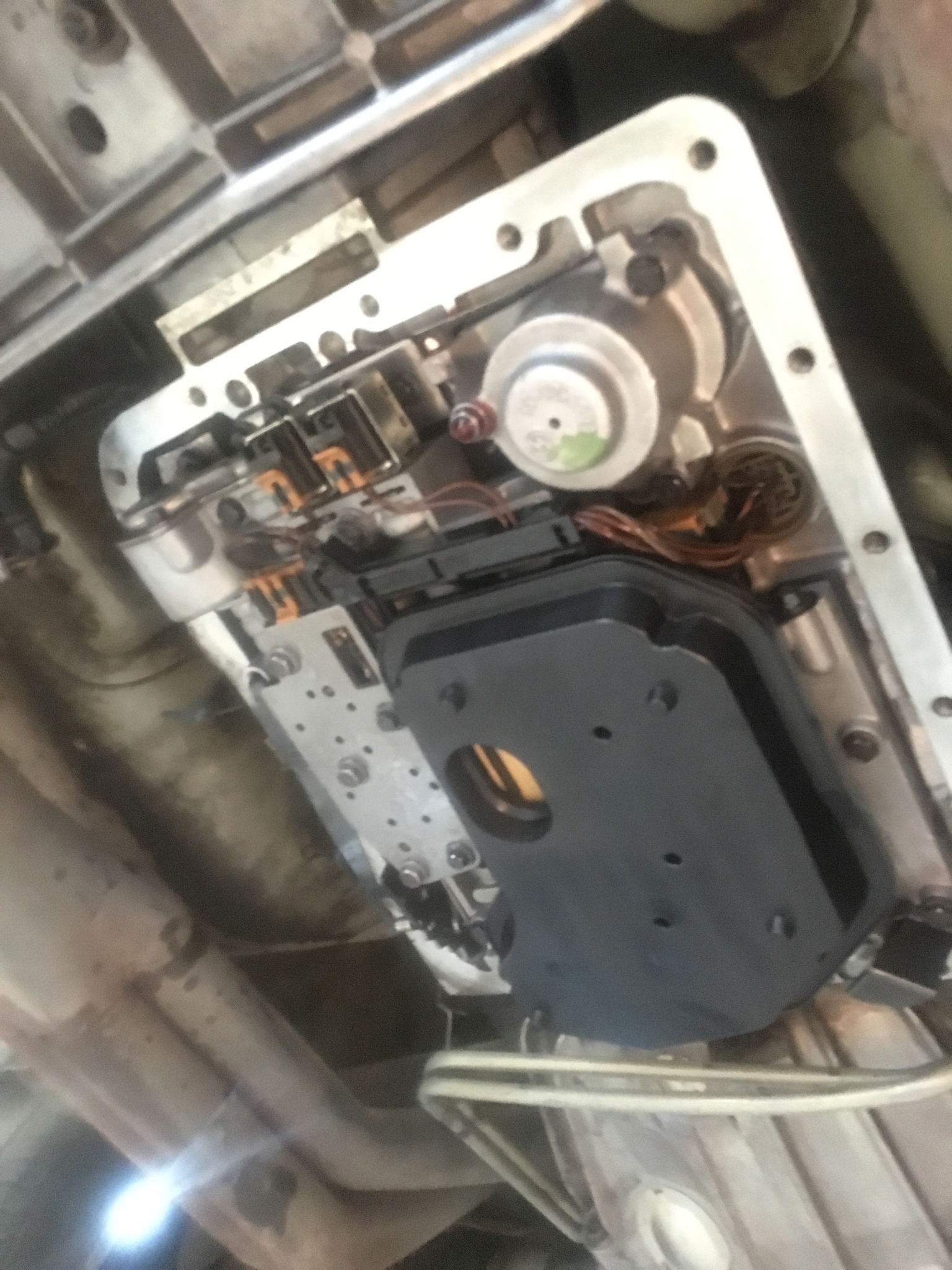 Also tigged a drainplug into it (pan came off another trans which had a hole punched in it from the wreckers). Pretty straightforward really and makes it so much easier/cleaner to drain the fluid in the future. 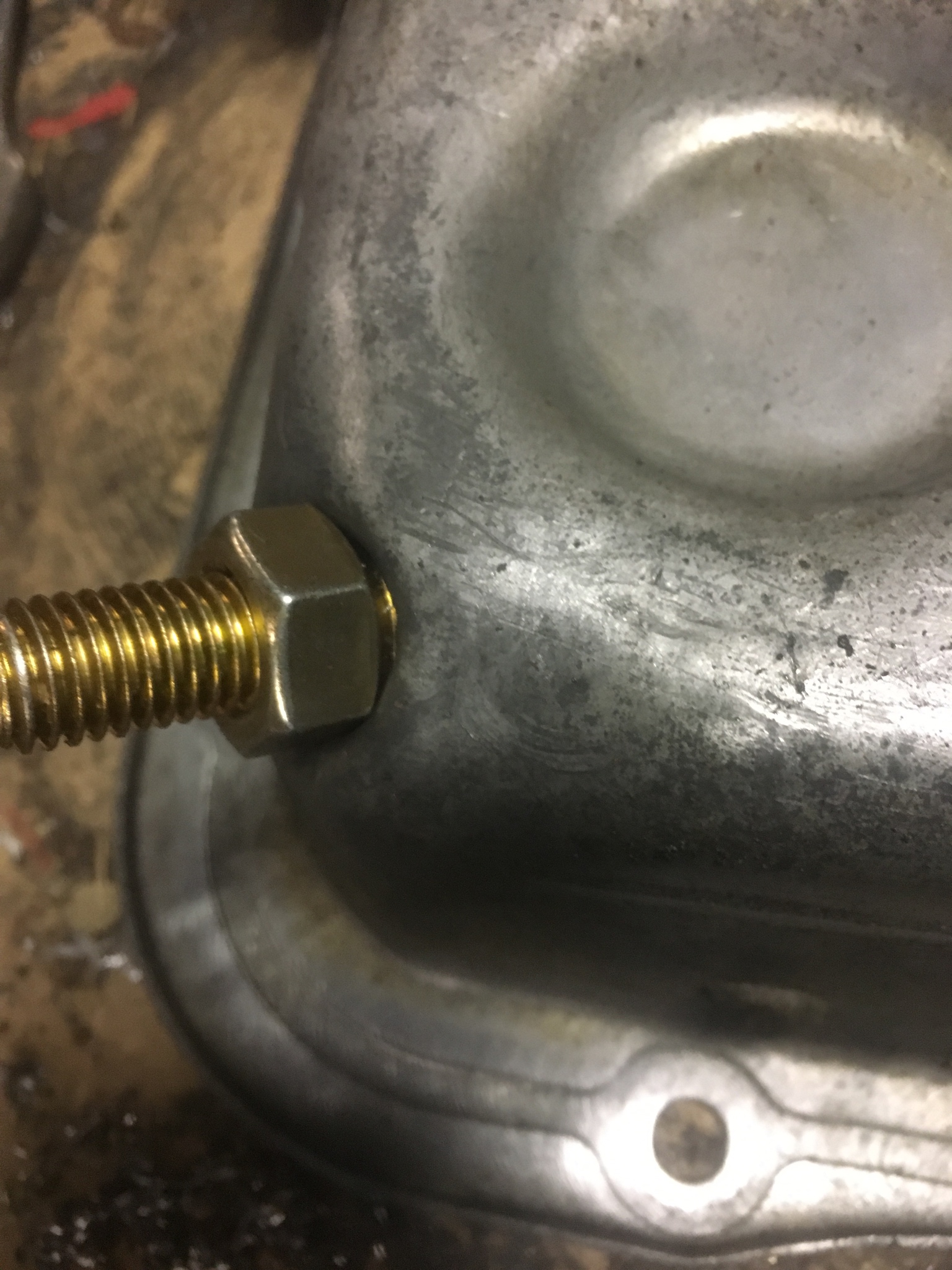 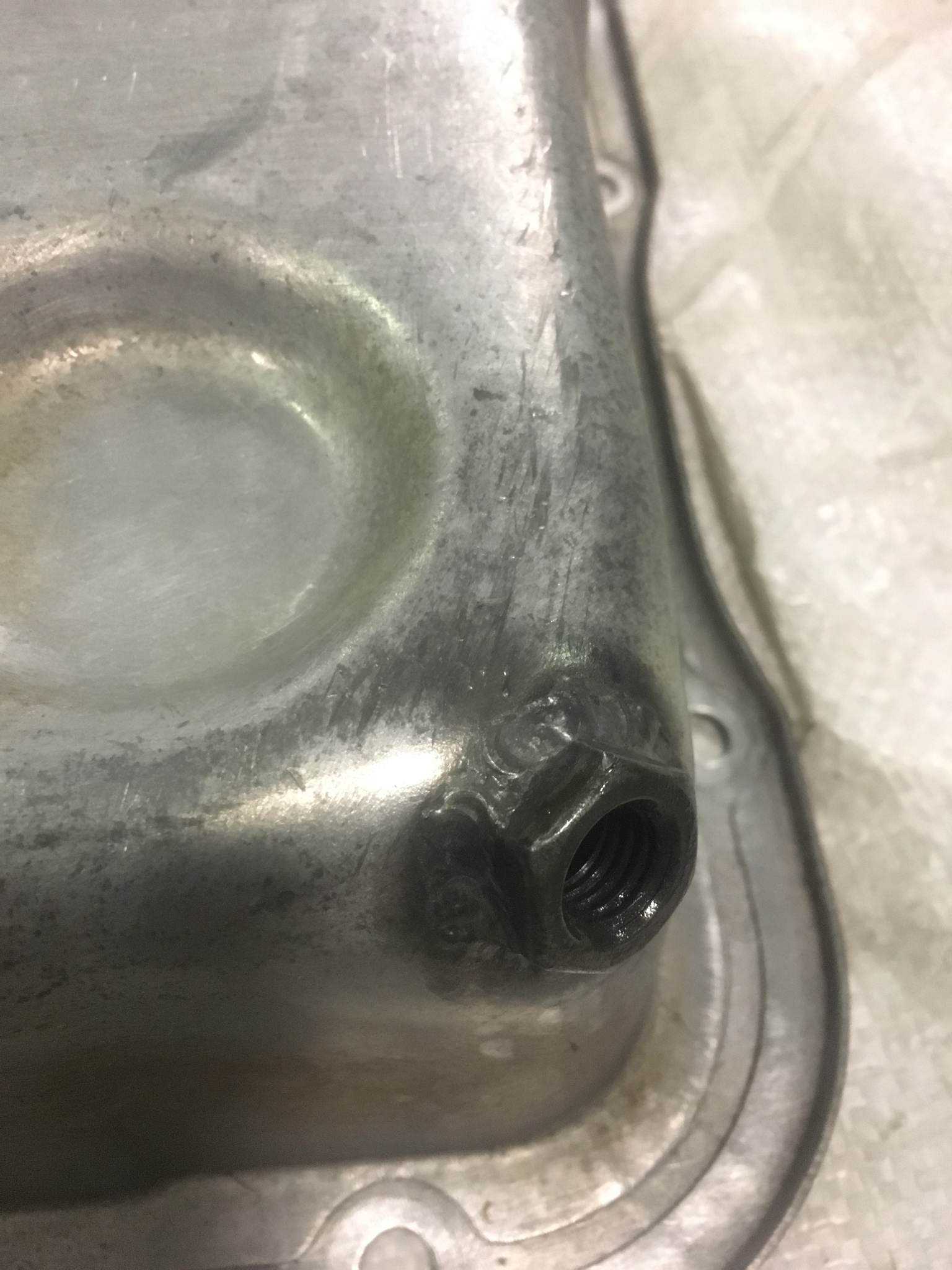 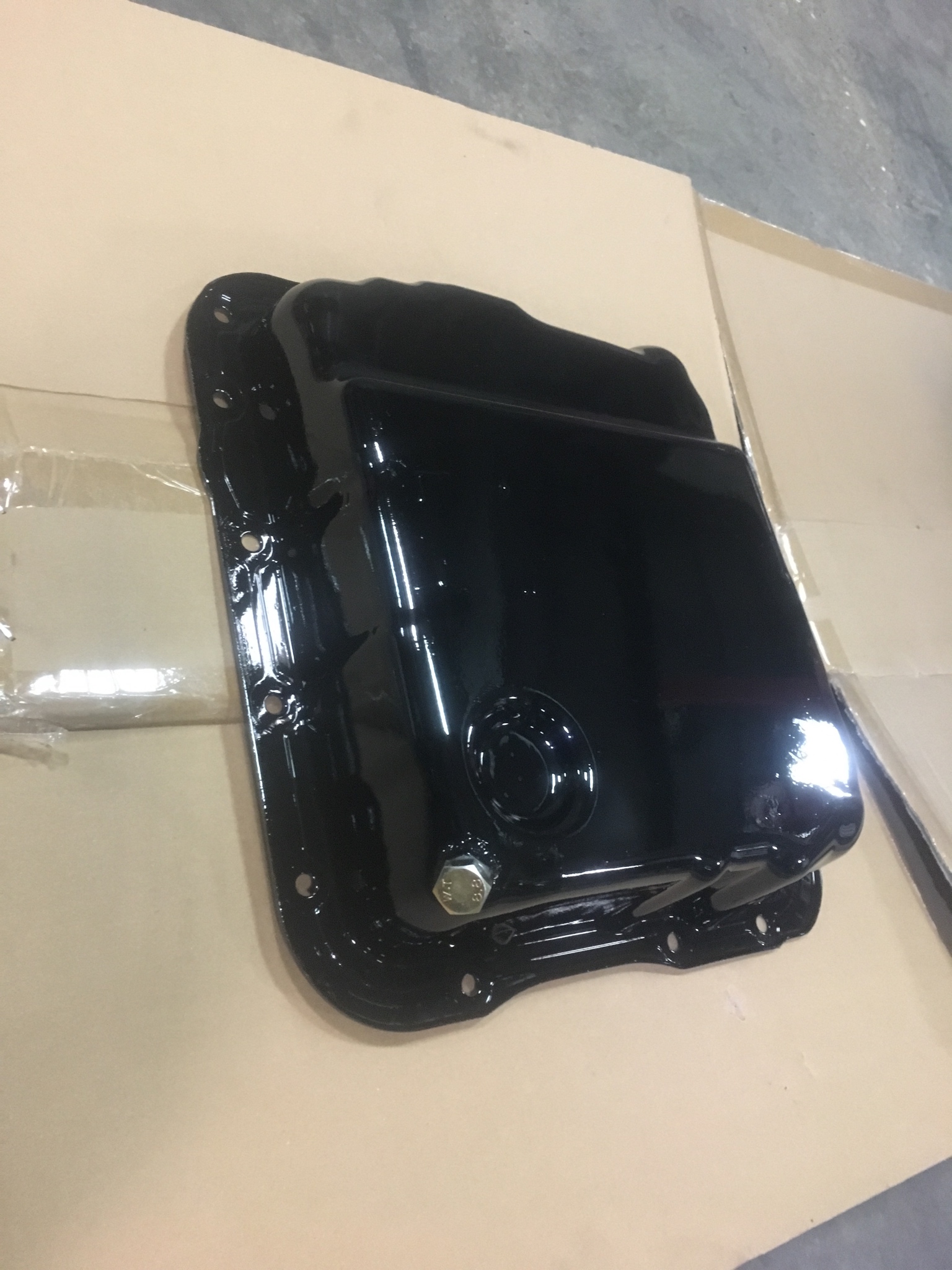 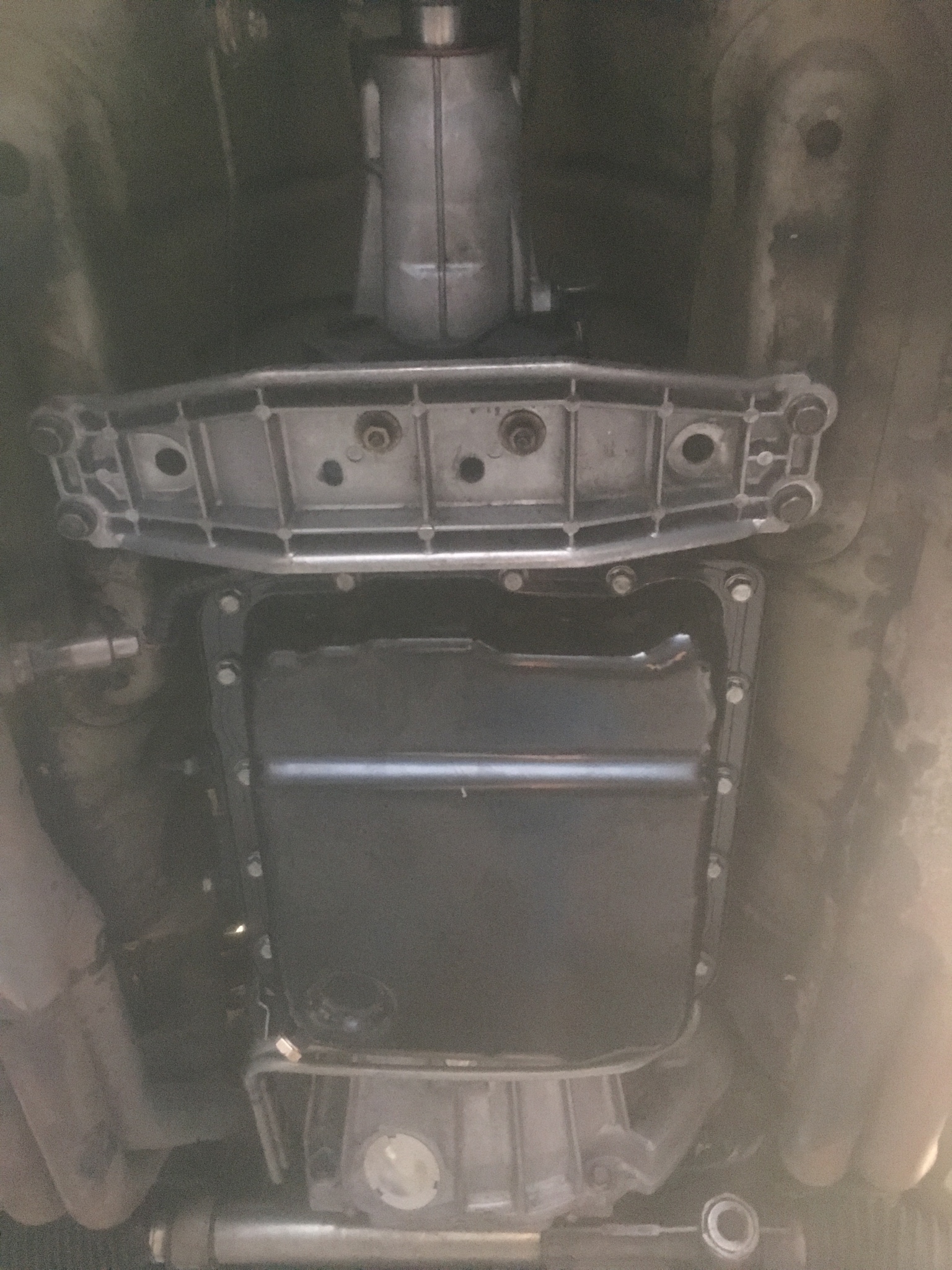 My HJ ute rebuild!​
My VS Statesman​

thanks EYY I've done many auto rebuilds , mods including trimatic 450 hp mods/parts i'm looking at my 460 for a shift kit and have delt with transgo 25 years ago -good to know they have a good kit for the 460 - Ken

Did you have a fiddle with the 2nd gear servo?

Im having heaps of dramas with my VY Ls1 auto doing crappy shifts in and out of second, it never seems to slip but will pause at constant revs and grab the gear hard going up over about 1/4 throttle and surge badly downshifting. It misses the gear all together occasionally on a hard downshift and will over rev with slight surge before having another go and grabbing the gear hard.

Im not sure if the band is toast or the servo is leaking. The sump was nice and clean free of clutch material. I pulled the accumulator off and it was fine and hadnt been fiddled with.

When you drive it, it feels as though it has to wait for a gallery to fill with oil and then it will suddenly apply the band like a hydraulic ram with air in it. It never grabs and slowly brings the revs down, always a pretty sharp jolt which hopefully means the band is ok.

Apart from that I’m not too sure what would cause that issue? There’s not much to the second servo, it’s pretty much just a piston so not really much can go wrong with them afaik. Could even be a shift solenoid issue.

Has it always done it?
My HJ ute rebuild!​
My VS Statesman​

I drilled my plate for the largest holes, kinda wish I didnt now haha.

I drilled my plate for the largest holes, kinda wish I didnt now haha.
Click to expand...

Yeah, the missus apparently doesn’t like spine jarring shifts lol, she’s much happier to be a passenger now
My HJ ute rebuild!​
My VS Statesman​

The hardshifts are gold in the rain!!!!!

Apart from that I’m not too sure what would cause that issue? There’s not much to the second servo, it’s pretty much just a piston so not really much can go wrong with them afaik. Could even be a shift solenoid issue.

I looked at the check balls when i was sussing the accumulator, they were quite worn into the plate got a pic somewhere. I dont remember there being 8 though, but its been a while since i last had a go at it.

Its always done it since i converted it to a V8, engine and trans came out of a crashed statesman. its done 220ks now, had about 180 when i put it in, did it from get go.

It shifts good cold, then deteriorates as the transmission warms.

Not having to fiddle with autos much i was wondering if the servo can leak and take more oil to get it to apply the band.

Pretty sure there are 9 in total - 7 sit in the valvebody, 1 sits above the separator plate on the case side next to the 3rd accumulator and there is a captive one deep inside the case too.

I read a post on one of the ls forums saying that occasionally the trans case can crack in the servo bore area causing all sorts of issues with second and 4th shifts but sounds like that’s pretty rare.

Did you reuse the old gaskets? Apparently new gaskets are critical because of the high pressure transfer etc.

If you pull it apart again definitely get a new separator plate, that way you know you’re starting from scratch with everything how it should be. And the balls won’t kill your trans if they get stuck..

Have you tried changing the tps?